When originally built for the C&O this baggage/express car had two different design ends. The vestibule end as seen below in the 1958 J. W. Swanberg photo had a design that appears to be the same as the Branchline coach kit that is the core model for this scratch-bash and will not be changed in this build. 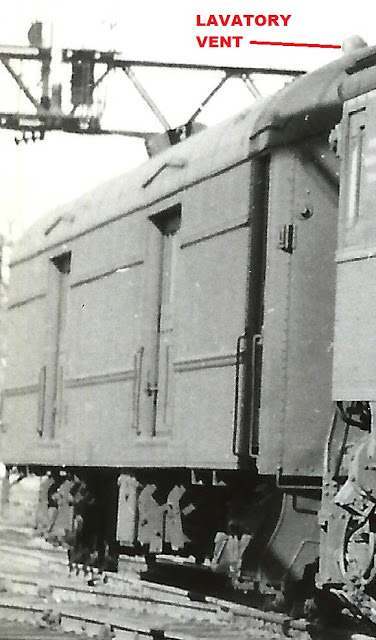 The opposite car end was originally the RPO end when built for the C&O, this had a different design as below. This end will have to be scratch-bashed. 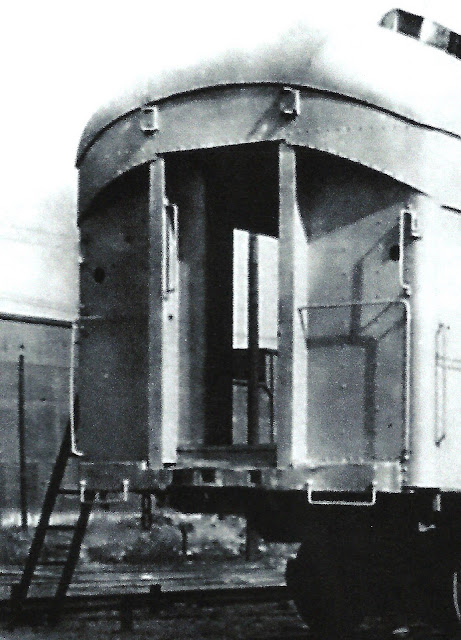 The below photos show the development of constructing this end with sheet styrene and strips.

Below the unnecessary parts of the Branchline end have been removed leaving a foundation for a new styrene end. 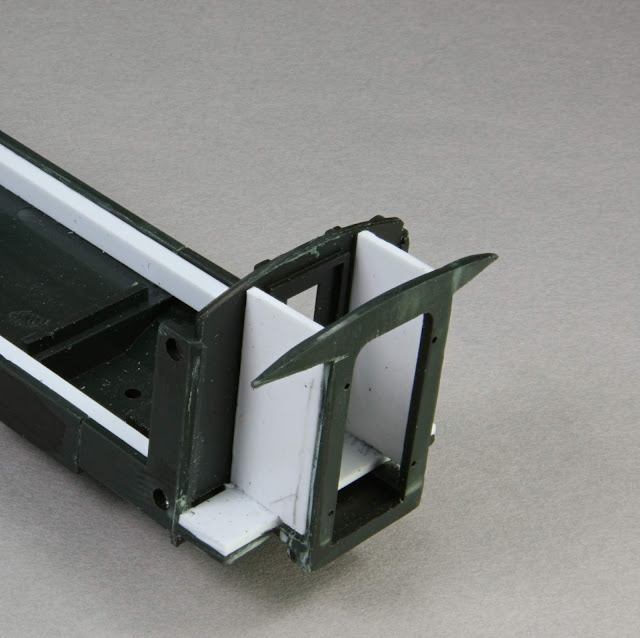 Two styrene strips on each side box in the diaphragm mounting surface. 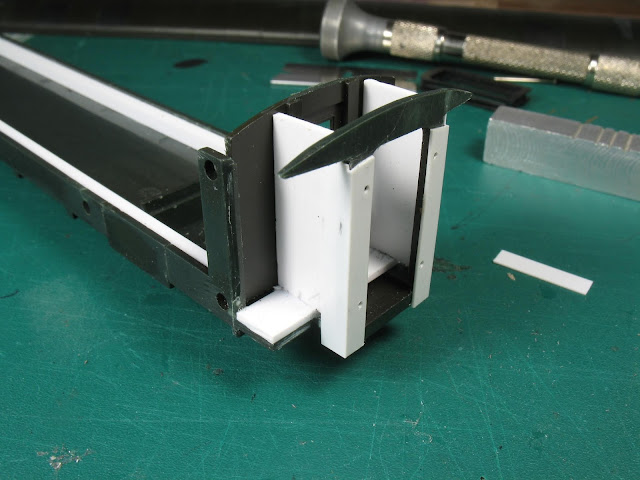 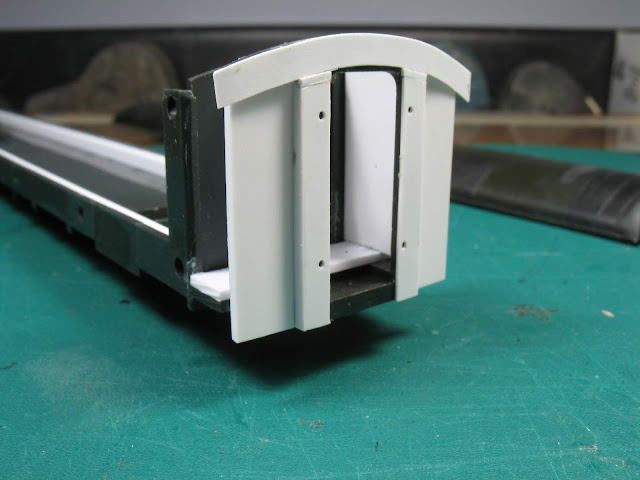 An end door is now in place, this came from the kit's inside vestibule wall. The window was sheeted over, maybe this should have been left as a window for emergency egress as B&M practice with the baggage doors? Not having a prototype photo of the brake gear, the gear and chain were harvested from the Athearn car that the roof came from. All holes for hand grabs are also drilled. 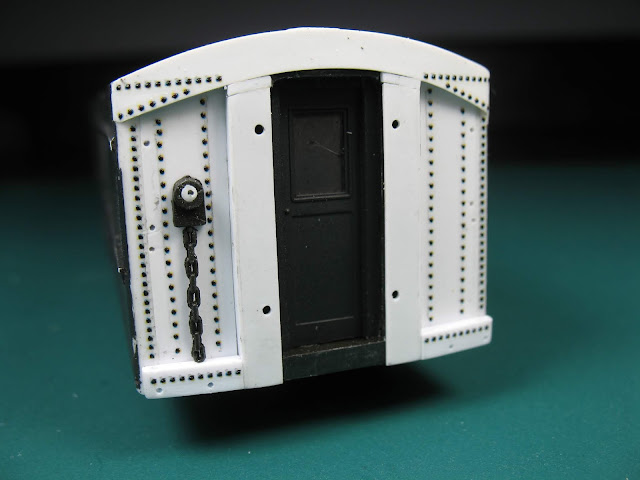 Archer rivet decals are again used, the rivet pattern is more prototypical here that the sides. The diaphragm and roof are trial fit. 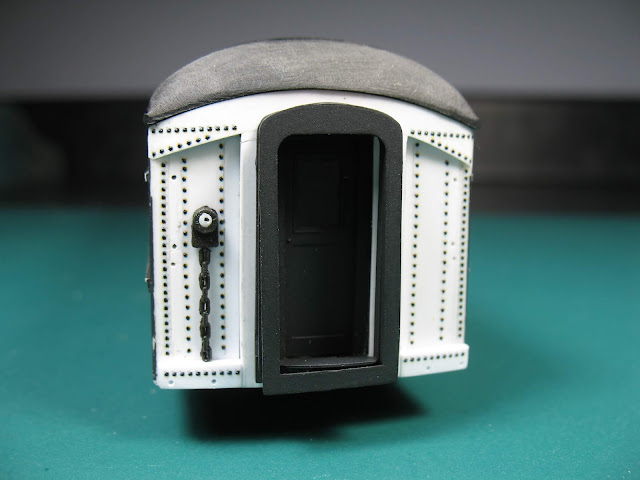 In the photo below that was taken after the B&M conversion it appears that the roof most likely retained the original 10 Garland vents as when built for the C&O. Drip rails have been added over the baggage doors. 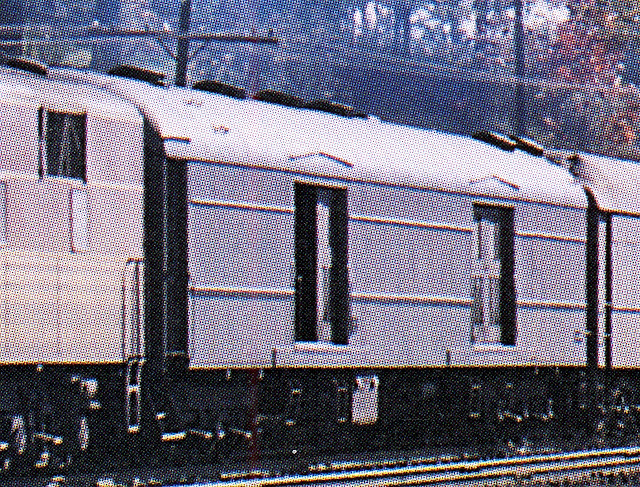 Because of the overlapping roof sheets of the Athearn roof, slots need to be cut into the raised roof sheets for mounting the drip rails. 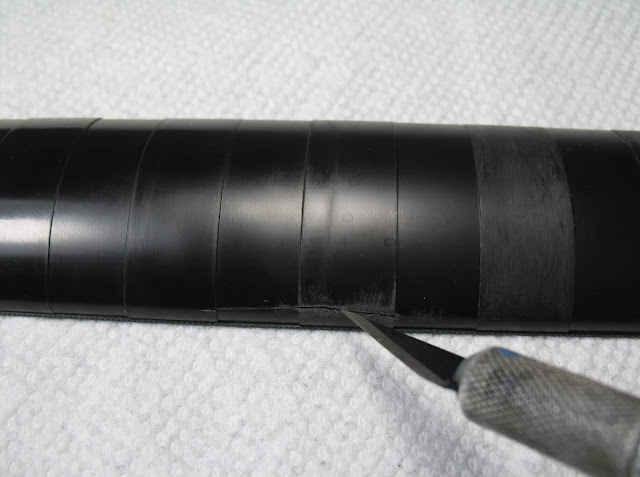 All the roof details are in place in the below photo. The Garland vents are from Custom Finishing Models, the lavatory vent is from the Branchline kit. Not enough brass bar stock was on hand so styrene was substituted for the side drip rails. Grabs and ladder rests are also in place here before painting. 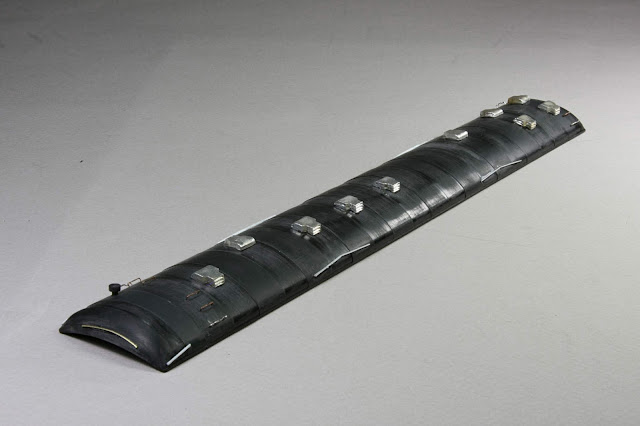 I noticed in the prototype photos that the stirrup steps below the baggage doors have a 45 degree bends above the second rung and are mounted underneath the car. To be consistent with the other baggage cars on the layout steps from Bethlehem Car Works were again used and 45 degree bends were added to the otherwise flat steps. 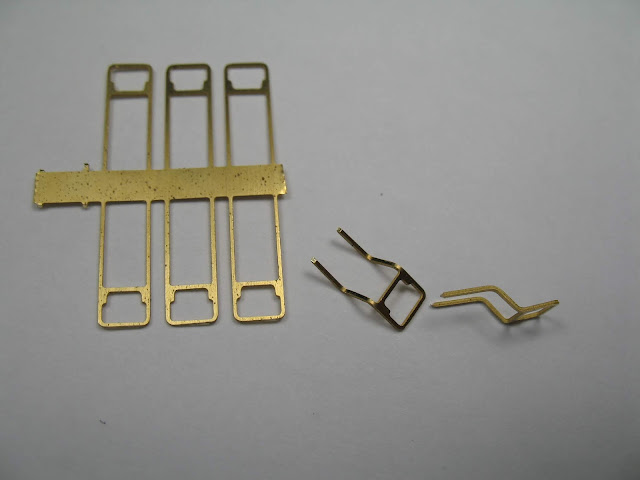 Below is the finished car body painted B&M maroon. 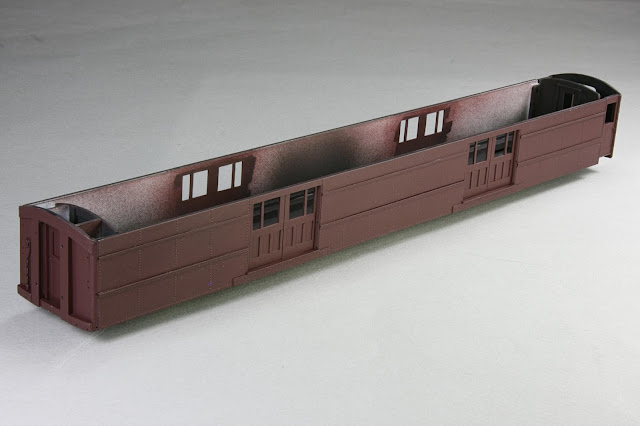 Next time will show the finished car.