Signal station 199 interlocking tower will be the only modeled structure group located within the Berkshire junction diorama of the layout.  When in place this stand alone structure will be at at eye level where a viewer will be able to look into the operators room, adding basic interior details based on the prototype would be a visual enhancement.

The 1959 photo below with operator Jack Lynch on duty offers an idea what may be seen thru the windows and to model. 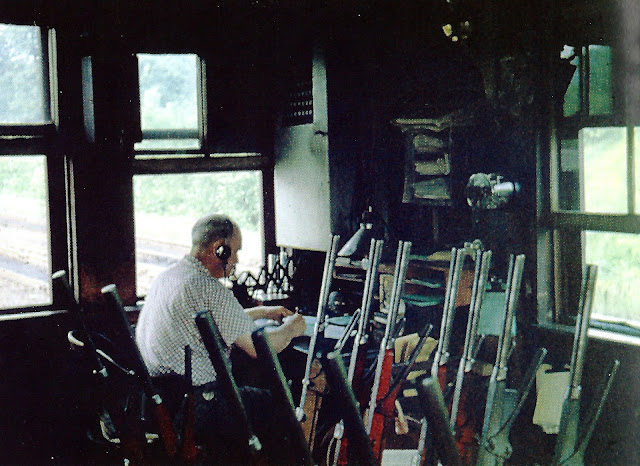 The most prominent feature to model would be the interlocking machine levers. In the prototype photo these levers have different colors. Not knowing what these various colors indicate I learned by asking on the NHRHTA forum that...

LASERkit #388, a 13 lever interlocking machine kit was built to place in the tower. The actual number of levers that were there in the late 50's can not be seen in the prototype photo or the complete lever color sequence. The levers below were colored painted as best as could be determined by the photo and the number of levers in the kit. 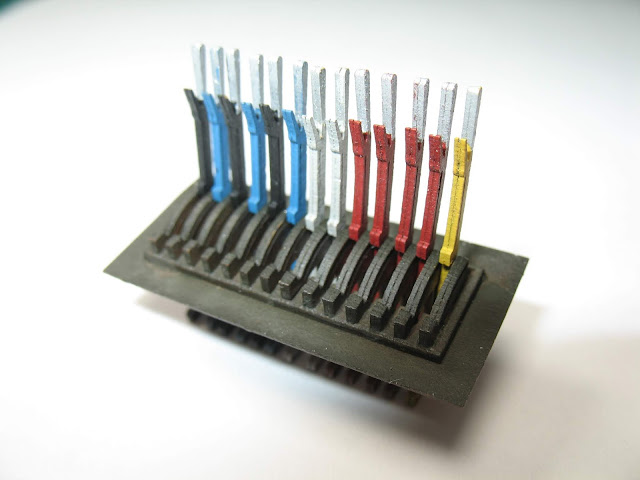 A basic desk, electric box and shelves have been built into the corner and the interlocking machine installed into the floor. A chair and operator figure has been added since the photo was taken. 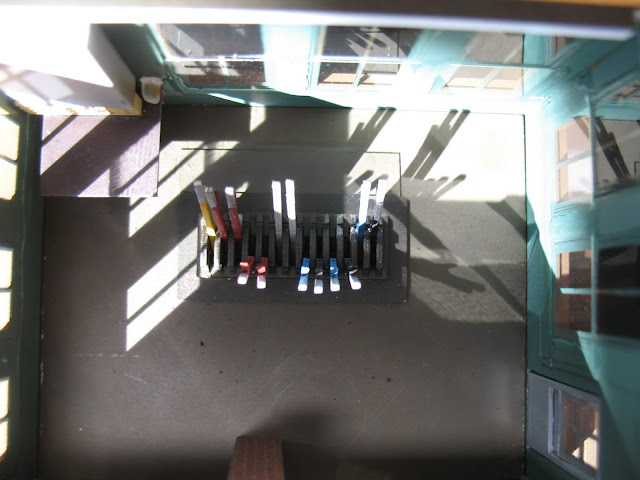 Simple interior lighting will be added to the tower once it is in place on the layout.