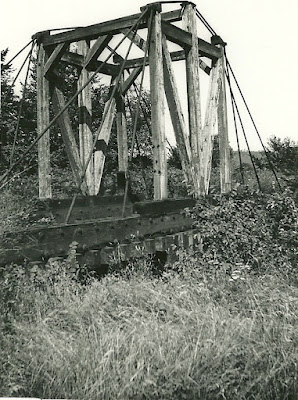 A portion of a May 1917 New Haven Railroad validation map below indicates the location of this turntable, south of the yard tracks near the station building. This original engine service facility appears to only have had a few service tracks and sheds in conjunction with the turntable.

The map below is shown upside-down, orientated as one would view the yard from layout operators aisle. 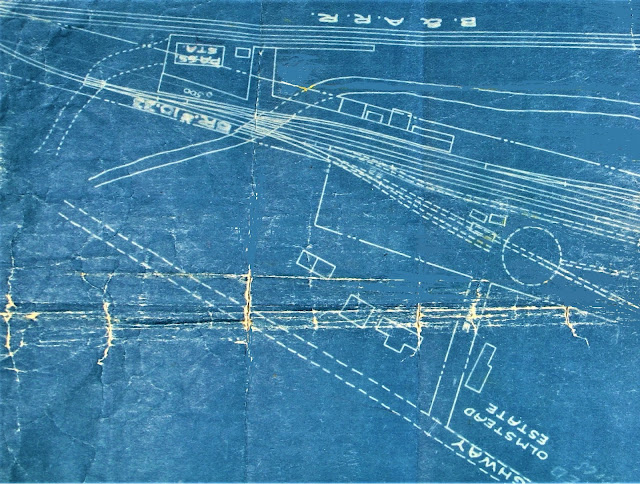 The complete 1917 New Haven Railroad valuation map also indicates a proposed location for a new turntable with engine house on the north side of the yard where there was more space, surely needed by this date to accommodate larger locomotives of the time and a comprehensive indoor service facility.
Below is the newer State Line turntable with three stall engine house that was in service during 1918, this photo probably dates to shortly after the facility was completed. The turntable appears to be of the "Armstrong" type and part of the ring wall is stacked ties with dirt pit.
There was no coaling facility at State Line. NYNH&H engine service data sheets show coal was shoveled from cars to tender, the coal delivering car possibly spotted on an adjacent raised track.

Very little information for modeling is available about the turntable other that it is shown as 75' in length on engine service data sheets and the information that can be gleaned from the very few photos of the prototype that have surfaced.

Fortunately for modeling, there are a set of plans for the engine house available for purchase from the University of Connecticut Library archives at the Storrs CT. campus. 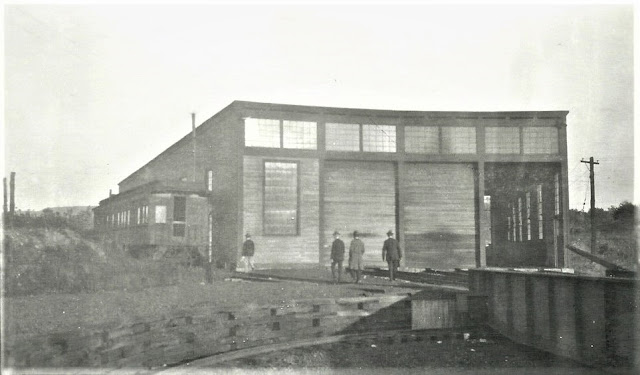 The photo below is possibly after the end of steam power in January of 1948. Visible changes show that the turntable now rotates by electric power and that there is a concrete ring wall only where the lead track and radial tracks align with the turntable bridge and operators shed. The turntable pit remains dirt and the stacked tie portion of the ring wall is no longer in place. 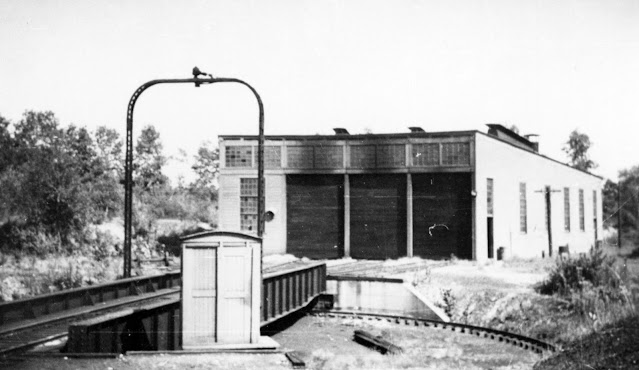 Although the turntable and engine house were in use and would still be considered signature structures during the modeled era, when the State Line portion of the layout was designed there was no room for these facilities in the prototype location therefore excluded from the track plan.

Since then an inexpensive used 90' Walthers turntable became available and was purchased. In hopes to enhance layout operation and include these signature structures a decision was made to install the turntable and engine house in a non prototypical location and orientation to fit where possible.

The turntable and engine house will be relocated directly to the south on the opposite side of the yard tracks same side as the original gallows turntable was as indicated below.

Defiantly not a prototype location, but there is room in the far corner of the yard for the turntable and engine house as indicated below. 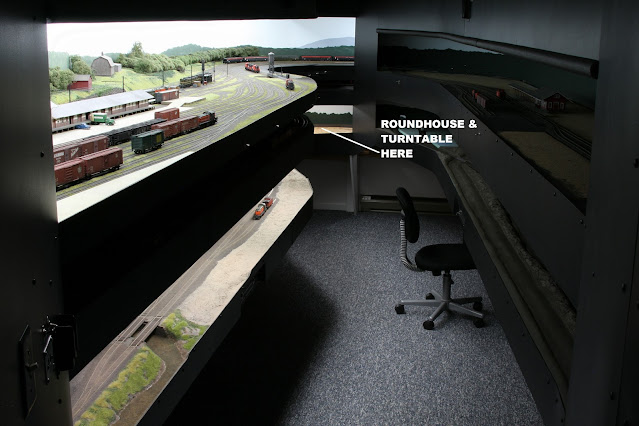 The floor plan of the engine house with its relation to the turntable was printed in HO scale and placed in the corner of the yard as above.

The turntable on this printout below has been increased from the 75' of the prototype to the 90' of the Walthers turntable that will be used. 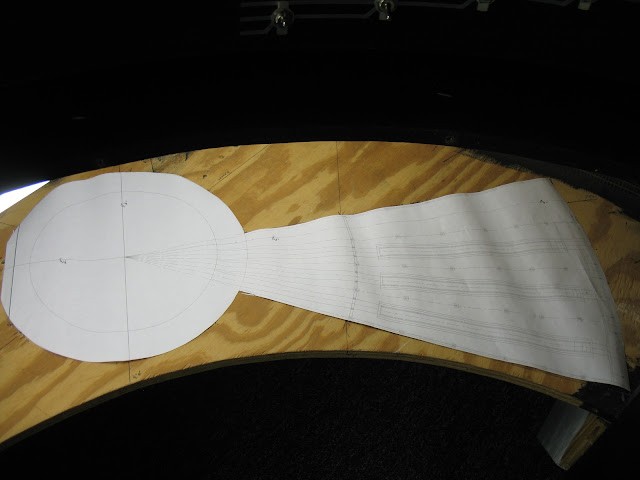 With the hole cut in the base and turntable temporally set in, cork and lead track installed below.

The orientation of the turntable and engine house is off set to the right about 45 degrees from the lead track, unfortunately that's the only way to fit this desirable facility into this space. 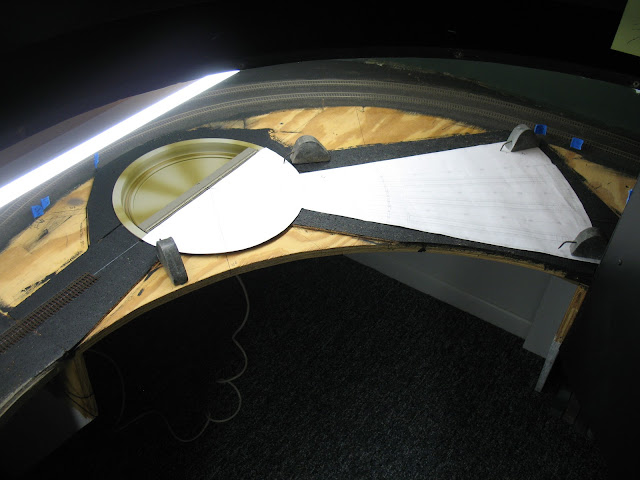 The challenge next is to convert this Walthers turntable into a reasonable looking stand-in of the State Line prototype.

Cutting up perfectly good models is a personal favorite!