Using a Walthers turntable as a starting point to model the prototype at State Line will not result in anything more than a reasonable stand-in after the conversion is completed, but personally acceptable.

The first step in the conversion is the remove all the detail except the top deck in preparation to add the sides from a Walthers girder bridge. As the prototype, these sides will have to be notched on both ends to clear the slope of the turntable pit before attaching them to the turntable, see below. 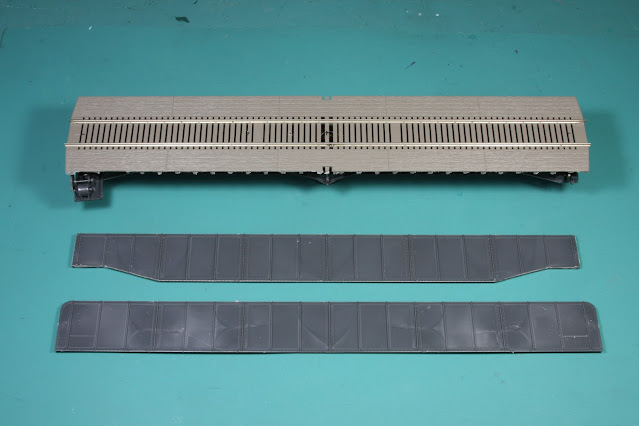 Below the bridge girders have been attached to the sides of the turntable and the Walthers operators shed has been resided with styrene to better resemble the prototype. 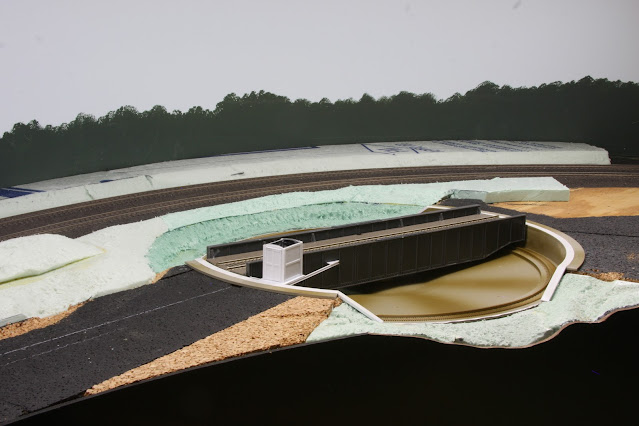 This is the completed turntable after painting. A power arch has been added with modified Central Valley bridge girders using the same assembly procedure when building the Danbury turntable. Weathering will be applied in the future. 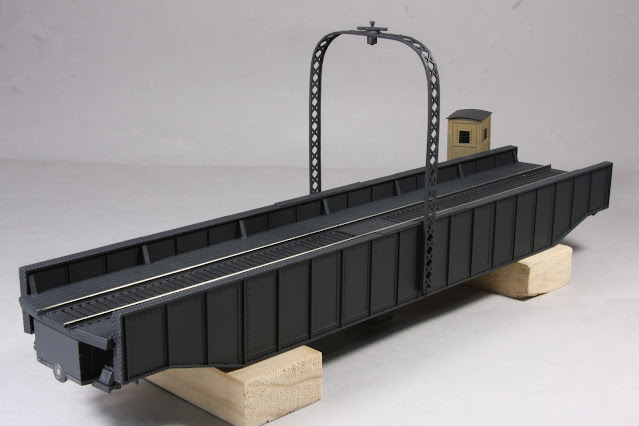 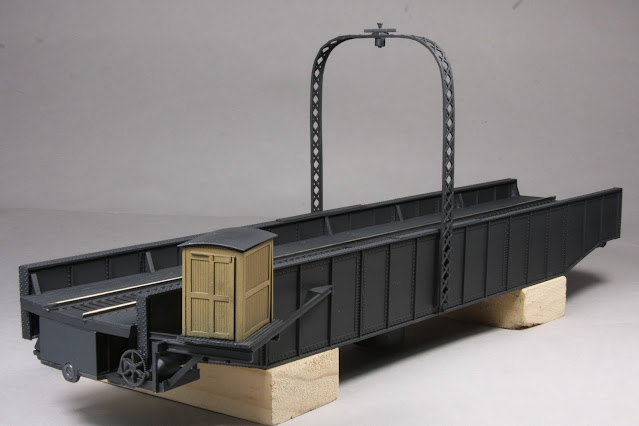 Before permanently installing the turntable pit into the layout surface, Sculptamold finishes shaping the land forms glued in place previously. 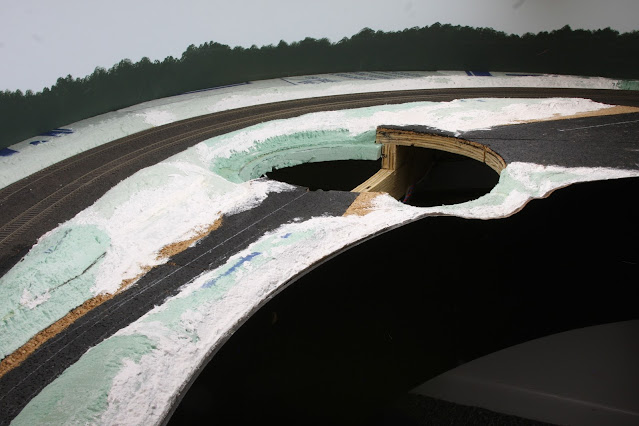 Then a basic earth color blends all together. 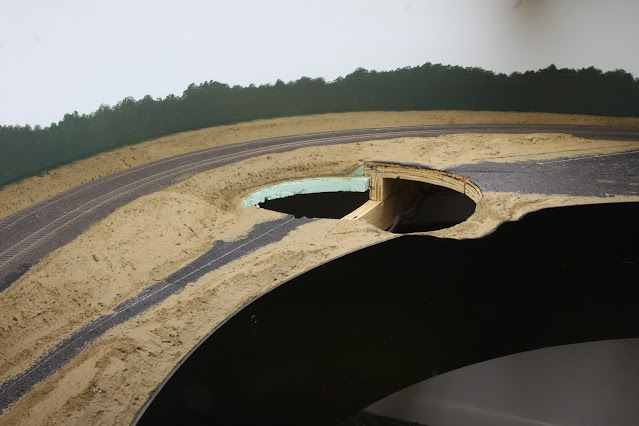 After the turntable pit and the lead track were installed, a dirt texture was glued to the pit surface and some basic weathering to the ring walls. 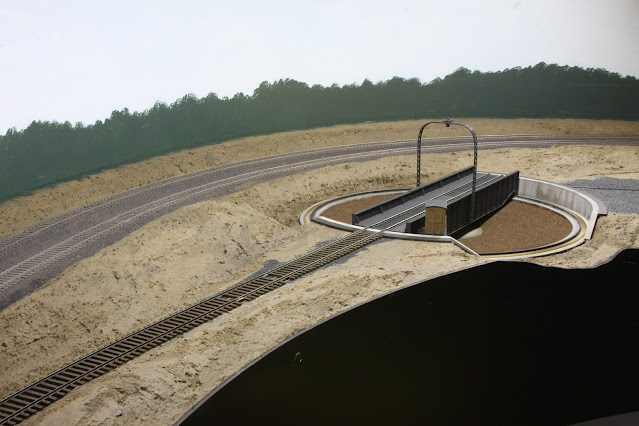 With ballast to the surrounding areas of the turntable pit and the lead track affixed, some additional textures are added and rock surfaces are colored with PanPastels.

A first layer of short multi-colored static grass to the general area and turntable pit completes the scene for the time being. 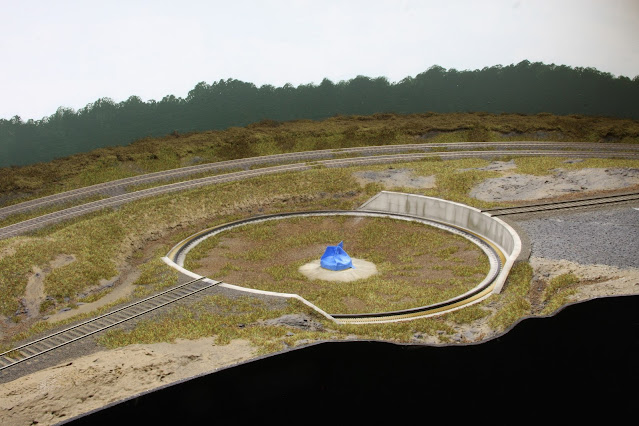 Some photos of the scene with turntable in place. 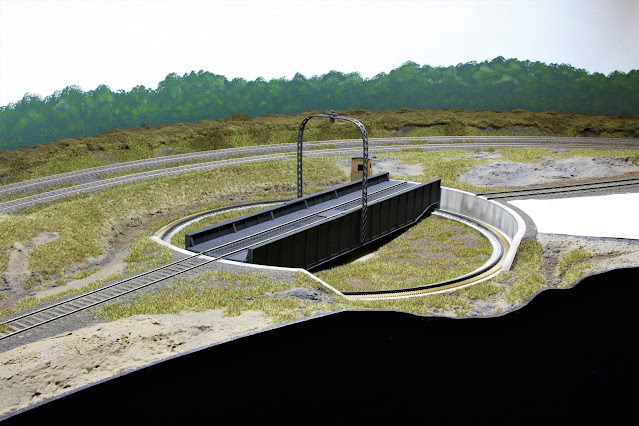 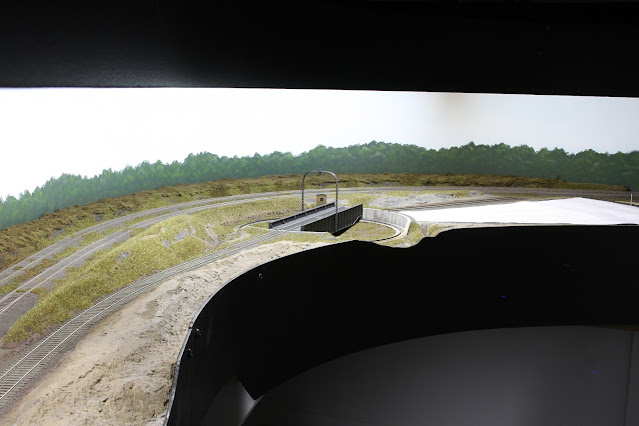 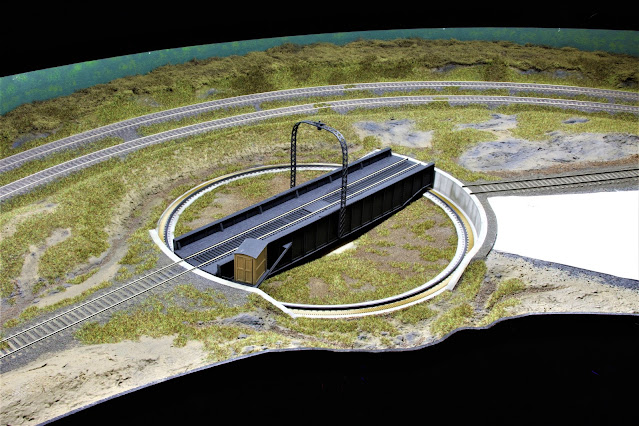 Next project will be extending the same basic short static grass and rock coloring from the turntable to the opposite end of the yard, that should go quickly.